You are here: Home / Buy Gold / How The Rise of Bitcoin Affects the Role of Gold in Your Portfolio 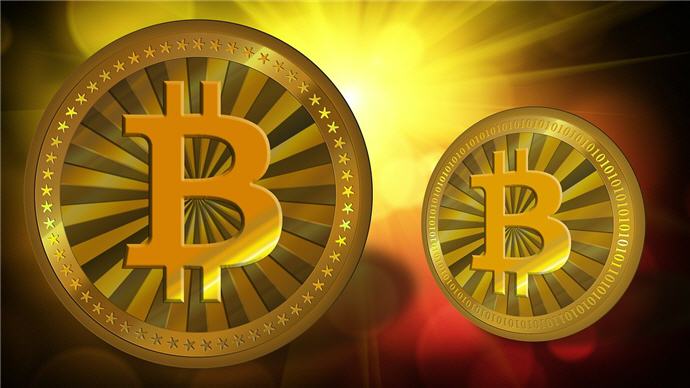 The Dangers Of Trusting Bitcoin To Replace Gold

Bitcoin is exploding on the financial scene with a meteoric rise in price and investor interest; how does Bitcoin affect Gold you might hold in your portfolio?

Will Bitcoin REPLACE the role of Gold in your investments?

Why You Should Own Gold

First, let’s look at the role that Gold should be playing in your portfolio…

True, in the past, there have been times when Gold has been an object of speculation, with opportunities for quick gains. Yet over the recent few years, that has not been the case.

In fact, in 2017 the price of Gold has held pretty steady in a relatively narrow trading range.

Gold should be in your portfolio as a STORE OF WEALTH, as Gold is the only money that is not simultaneously someone else’s liability.

Gold has proven itself as a store of value for over 5000 years!

So think about that for a minute… how can Bitcoin affect Gold over the long term when Gold has a 5000 year track record and Bitcoin is struggling to show any stability whatsoever in it’s brief 8 year lifetime?

Whether you buy Gold to trade and make short term profits or not is your business; if you can make that work then more power to you.

One’s CORE Gold holdings, however, should be targeted for wealth PRESERVATION and as an insurance policy against a world run by fiat currencies which, in history, ALWAYS eventually reach their intrinsic value of… ZERO!

Why I’m Not A Bitcoin Millionaire – Sour Grapes?

The problem was twofold:

So I never bought…

And I kick myself to this day, sortof.

The reason I “sortof” kick myself is this:

Bitcoin’s meteoric price rise has been punctuated by both crashes and corruption.

And that’s only PART of the problem with Bitcoin.

There are several reasons but let’s list what I would have had to do correctly in order for that to happen:

And, let’s not forget…

In order to REALIZE that gain today I would have to sell on an exchange (but NOT over last weekend when the price PLUNGED to as low as $1790) and then REPORT my GAIN on Form 1040 Schedule D next April and make a VERY PAINFUL PAYMENT to Uncle Sam and thankfully NOT the State of Texas (No income tax in Texas!).

Nonetheless, had I bought Bitcoin at $1.50 there is very little chance I wouldn’t be at least a little wealthier than I am today – that I painfully admit!

How Easy Is Bitcoin To Buy Now?

Without question Bitcoin is easier to buy now than it was back when the price was sub $3. Yet it’s still not ‘easy’.

In fact, the first thing you have to do when buying Bitcoin is come to grips with the trust factor that you actually will get something for your money!

Then you have to decide HOW you will receive it. Will you:

And, once the transaction is complete, all you have is ‘digits’ as Gary North would say, you have nothing that is tangible.

Contrast that to buying a Gold coin at your local coin shop.

You hand the shopkeeper currency that he can check the authenticity of with an inexpensive magic marker and he/she hands you a coin – possibly sealed by one of the US Mints – or you can check with a Fisch gauge.

That coin goes home with you and you can put in your sock drawer or a safe and check on it whenever you want. If you have more than one coin and would like a much better storage option we suggest you check out The Hard Assets Alliance here so you can sleep better at night knowing your Gold is safe and secure.

Yes, there is a process whereby you check your Bitcoin string of digits to see if your coin has been hacked or if it’s still there but that also relies on a certain level of trust in a website…

Is Bitcoin A Currency You Can Buy Stuff With?

Bitcoin is still classified as an Asset, NOT a currency according to the US Government as of May, 2017.

There are, however, an increasing number of establishments that will accept Bitcoin as payment for goods and services and not all of them are of Silk Road notoriety.

There are TWO big problems when using Bitcoin as currency currently: 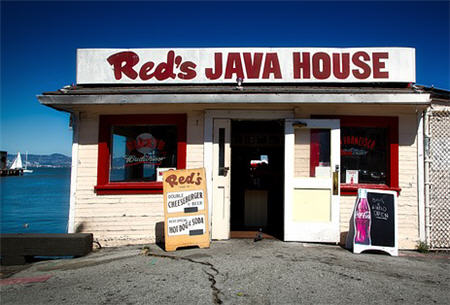 Do you REALLY want a taxable event every time you buy a coffee with Bitcoin? NOT ME!

So in this regard, Bitcoin is actually a little bit like Gold – an asset you HOLD or perhaps trade, but NOT one you buy goods or services with.

Now, let’s not confuse two different issues here. Making payments with Gold or Bitcoin is something we are quite in favor of – it may come in real handy from time to time.

Yet buying a $4 magazine, $7 coffee (which I don’t do anyway!) or even a $40,000 automobile is something that is currently better left to the fiat currency in your wallet or checking account.

Should Bitcoin Replace Gold In Your Portfolio?

My apologies for this article running long…

We all know the internet favors short, concise, easy to digest content!

Unfortunately, though, this is NOT a simple concept we are discussing.

From what you have already read above you have probably come to the conclusion that we do NOT see Bitcoin affecting Gold stored in your investment portfolio any time soon.

Remember that Gold actually represents well every characteristic of money, which, according to the St. Louis Federal Reserve:

The characteristics of money are durability, portability, divisibility, uniformity, limited supply, and acceptability.

Is it any wonder, though, that the Federal Reserve leaves out “intrinsic value” as a characteristic of money?

According to Aristotle the four absolutes of money include:

So according to the St. Louis Fed, Bitcoin would certainly fit the criteria for money, as would Gold, of course.

Yet Bitcoin would only score 75% on Aristotle’s scale, whereas Gold scores a certain 100%!

Can The Government Kill Bitcoin?

One reason many of us buy and store Gold is to make our wealth less dependent on the whims and vagaries of government.

Can they ban personal ownership of Gold? Yes, can and have. Been there, done that.

Yet just like a ban on firearms, a ban on Gold might find some civil disobedience in the United States of America.

I have seen posts on the internet seemingly tempting the government to do just that with phrases like: “trying stopping the blockchain…”

Here is my reply whenever I see something like that.

“I have 3 words for you: Internet kill switch. (Or EMP strike)”

Gold coins are EMP proof; the blockchain is not…

Sure, you can have your digits on a piece of paper that is EMP proof yet that paper is worthless for all but toilet paper until the internet and good portion of blockchain servers are back online.

The idea of an internet kill switch goes back at least to 2011 when Obama was running the idea up the flagpole and major media outlets were launching that trial balloon. For all we know it was secretly put in place…

Need I say more on that topic?

Which Would You Give To Your Grandkids?

Which would you rather put away for your grandkids: Gold or Bitcoin?

I would suggest both…

Gold as a time tested, proven store of wealth…

and perhaps some Bitcoin and/or other alt-coins (whole ‘nother topic) as a speculation on the future; a way to add some alpha (along with some risk) to your portfolio.

Here again, though, you run into the dilemma of HOW to save those Bitcoins for your grandkids. The best vehicle today may NOT be the best vehicle a month from now – let alone 10 or 15 years from now…

Gold, on the other hand, is more of a “set it and forget it” type of legacy gift for young people you love and care for.

In our opinion, one of the most safe and secure ways of buying and storing Gold for future generations is to open a custodial account at The Hard Assets Alliance.

There your descendants’ real, physical, segregated Gold will be purchased from LBMA approved dealers then stored and audited regularly in a high security vault located in the jurisdiction (country) of your choosing.

Naturally, you can also open (and I recommend you do) a regular holding account for yourself at The Hard Assets Alliance.

This recommendation comes from people (myself and others here at BuyAndStoreGold) who have been clients of HAA ever since they opened their doors many years ago now. We have been and continue to be very happy with the service we receive!