You are here: Home / Buy Gold / Why I Invest In Gold: I Remember Nixon, Do You? 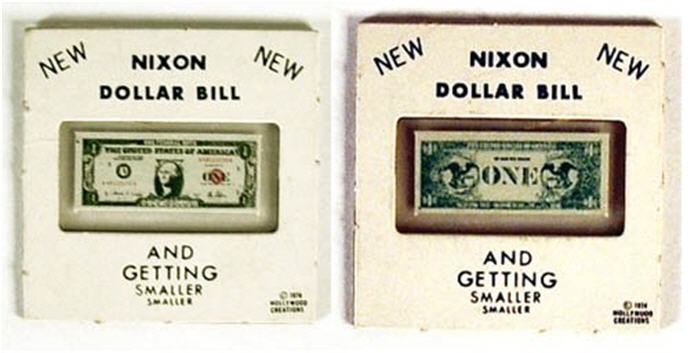 I invest in Gold for the long haul, to preserve wealth over time and generations. Yet I also invest in Gold because I can remember Richard Milhous Nixon. My parents could remember FDR. When the government gets in trouble – do you think a trillion dollars is a lot of money to be indebted for? (Oh, yeah, it’s OK because we owe it to ourselves…) – governments start messing with the currency.

To be specific, they devalue it.

Right now the US Dollar is high in part because the U.S. is losing a worldwide game: a game called “race to the bottom” – with your currency.

Countries want a weak currency so that its exports will be cheap to other countries, and conversely imports will be expensive encouraging the citizenry to buy local. Yet as soon as you devalue for that end result, your neighbors do the same. Then you devalue – again. Then they respond in kind – again.

See where this goes?

Most experts seem to agree on a few key monetary points:

The piper must be paid… 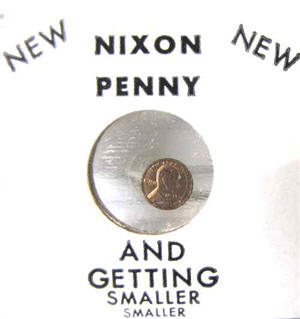 Somewhere I think I still have my Nixon dollar and Nixon penny. What I also remember is a social event with a family who had two daughters several years apart. This was sometime in the mid 1970’s.

To which the younger girl responded in the cutest way imaginable: “Well, that’s inflation!”

We all about died laughing…

Yet, we were not laughing about inflation.

While the Federal Reserve thinks 2% inflation in “healthy”, I have heard very few economists sufficiently explain why there should be any inflation at all. John Mauldin comes the closest.

Yes, a 1969 Oldsmobile full size sedan at $4500 does not have all the bells, whistles and comforts of a new 2016 $45,000 sedan. Yet it not only had air conditioning that worked far superior to the newer car (less eco-friendly but better working freon) it would also do a quarter mile in 15.3 seconds at over 90 miles per hour.

No, it did not get good gas mileage, but gas was 33 cents per gallon. Stations had “gas wars”.

As our young friend would say… “That’s inflation!”

Investing In Gold For When Inflation Returns 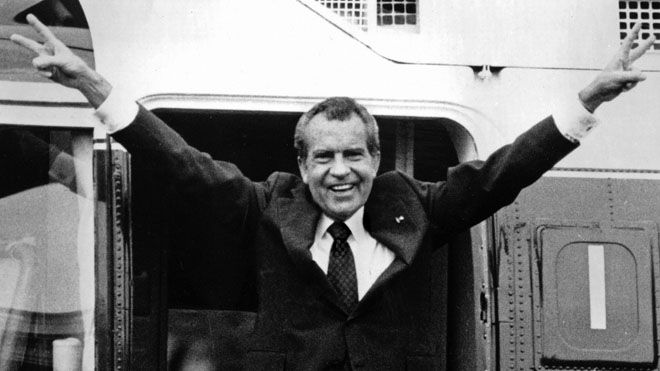 Some folks say they will invest in Gold when it’s clear inflation is returning. There are some problems with that strategy:

I Do Not Buy Gold For The Dividend

Mr. Buffett is also famous for saying the Gold does not pay interest or a dividend. Worse yet, you have to pay someone to store Gold unless you want to accept the risk of loss by storing Gold at home. Cash, on the other hand, does pay interest.

Back the truck up! as Tim, the toolman, Taylor used to say.

In the U.S. we can still get a few pennies per year on that Jumbo CD. Yet across the pond in Europe interest rate on not just bank deposits but also government bonds have gone NEGATIVE.

In fact, rates are so negative in Europe that it now costs just as much to store cash as it costs to store Gold!

Yes, some of the Gold I own is owned at higher prices. Some is owned at prices a fraction of the current spot price. I’m holding, thank you very much.

Unlike the dollars in my possession, I know what the purchasing power of the Gold I own will be worth in 30 or 40 years when I (as per actuarial tables) pass it on to my heirs.

And that is why the rich own Gold. Not to make them wealthy, but to preserve wealth. We don’t all have the Midas Touch with investing that Mr. Buffett has. And quite frankly, Berkshire Hathaway is not that shareholder friendly for us to invest alongside him.

It’s easy to be generous with someone else’s money.

What will you do TODAY to preserve your WEALTH?