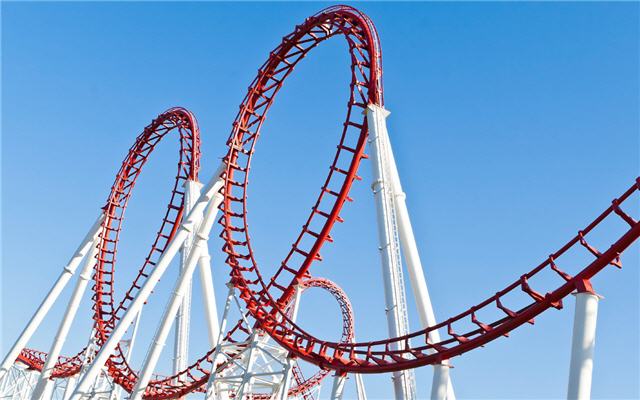 How long has it been since we have seen $25 (or more) daily swings in the price of Gold?

While it can be unnerving to some, we feel this is actually good news for a number of reasons:

Additionally, did anyone see the correlation between life returning to Gold, and to a lesser degree Silver, about the same time Bitcoin came back to life?

Investors, savers and speculators all know that there must be alternatives to the traditional investments of just stocks, bonds and real estate. After all, who in their right mind doesn’t feel that the “official” asset markets are controlled by hidden – or not so hidden – “men behind the curtain”?

Even though something similar is often said about the Gold market, no one controls an ounce of Gold you have in your possession or a trusted private vault other than YOU!

Just this morning we see on the news that one of President Trump’s suggestions for Federal Reserve Board Governor is talking about a return to the Gold Standard.

Now, whether or not you agree that would be a good thing, that again brings relevance to the Gold markets and we believe this is good news for all precious metals investors and those who believe in storing wealth in Gold and Silver, privately held (not in an ETF, for instance).

Profits Ahead For Speculators

Many of us Buy and Store Gold simply as a way of protecting wealth and purchasing power over the long term and preserving it for future generations.

That said, many of us also have made HUGE PROFITS in the past by speculating on mining and exploration companies, many recommended by Casey Research in days of old. That company went through a lot of changes, a buyout, and the aging of the founder that in our opinion make them a less obvious choice for speculation information.

Thankfully, one of the stars of the Old Guard at Casey Research – who used the pen name Louis James – is out on his own and again able to put his own money where his mouth is.

Lobo Tiggre has founded The Independent Speculator research service with the kind of business ethics we ourselves abide by. Currently (because he’s savvy) headquartered in Puerto Rico, Lobo is the guy who actually travels the world and both kicks rocks and grills CEO’s of the companies he feels might be a worthwhile investment/speculation.

And while he correctly predicted this new breath of life into the Gold price about 6 months ago, he did not and does not use wild predictions to try to promote himself or his service. He simply shares what he feels might happen, why and what might go wrong such that it may not happen.

We believe that the “long winter” for Gold and the price of both Gold and Silver is nearing an end. The recent volatility and breakout from the trading range of what seemed like an eternity both point to better days for precious metals ahead.

Could we be wrong?

Sure; we have no crystal ball.

Yet we do see what history tells us could be the beginning of some exciting times ahead. Stay tuned!