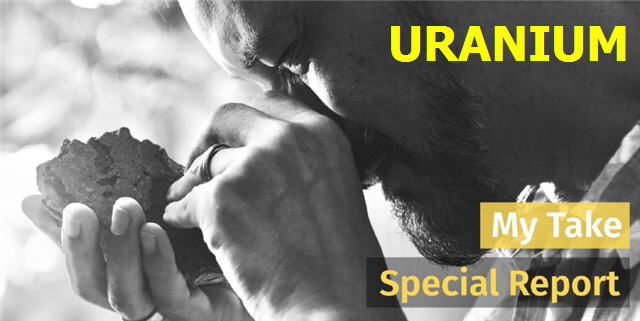 Uranium – The “Other” Yellow Metal

Lobo Tiggre’s Independent Speculator My Take subscription is designed to let you get your feet wet with his premium research without spending a lot of money.

Yet let’s be clear: Free is as free does!

If you want ALL of your investment advice to be free, don’t be surprised when the results are far less than spectacular. It doesn’t take much of a successful investment with the Independent Speculator to easily pay for the subscription and put you solidly in the black.

Nonetheless, Lobo understands the “try before you buy” attitude. That’s why he launched the “My Take” subscription and just recently offered a free special report on Uranium.

Uranium is not directly in the “Buy and Store Gold” category, yet we’ve found a large number and percentage of our readers were investors (some successful, others not) in the big uranium run-up early in this century. And an alarming percentage followed the market into the toilet a few years later.

Sadly, we fall into that latter camp as well.

So naturally the special report on uranium with Lobo Tiggre’s brief analysis and opinion on 15 uranium companies, many of which we still have an investment in!

The report starts out, though, with an analysis of the uranium market itself. This includes a discussion of the US Department of Commerce Section 232 issue from earlier this year right into President Donald Trump’s Nuclear Fuel Working Group (NFWG).

There were a LOT of “guru’s” and financial commentators totally misrepresenting what Section 232 was all about, then getting their followers to dump money into stocks on what was merely speculation.

Lobo and the Independent Speculator, My Take and full fledged subscription, made NO SUCH MISTAKE!

Subscribers to Lobo Tiggre’s flagship service were given the straight scoop and did NOT chase after hope and rumors.

Now, that’s not to say that there is no smoke or fire in the President’s actions. It’s just that betting on a Section 232 deadline being acted upon in a certain way was a poor bet…

And investors (aka speculators/gamblers) lost money! 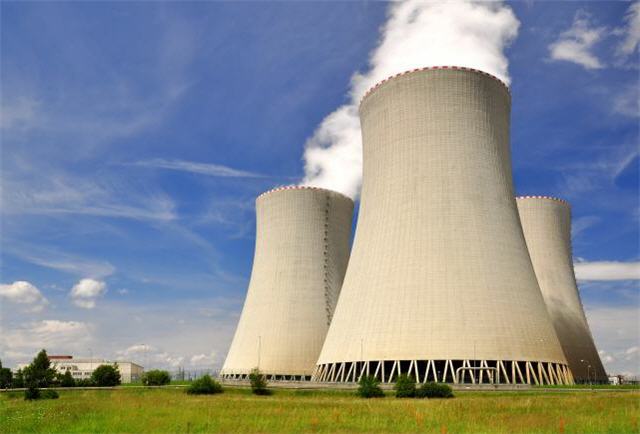 That’s not to say you have to always wait a long time for results, though.

Lobo has a pretty good track record (if you include going back to his Louis James days as Casey Research) for both short term and long term wins. But the important part is the WIN as opposed to losses!

So What Is The MY TAKE Subscription?

Louis James Research (Lobo Tiggre) does not offer money back refunds. You have the information…

So Independent Speculator My Take is an entry level subscription to the newsletter research of Lobo. What you get are brief synopsis of investment ideas he’s working on.

Importantly, you will NOT find a portfolio of recommended stocks. You need to subscribe to the Independent Speculator for that, to be fair to other subscribers!

What you can determine from My Take, though, is whether you like Lobo Tiggre’s style and COMMITMENT to his reader’s investing success.

*BuyAndStoreGold.com is an authorized (and proud) affiliate of Louis James Research